Others have been forced to change the way we live, out of necessity. Maybe our finances or health precipitated the change. A third type of woman, however, welcomes change, like beautiful and charming Gerri Shute. A Chicago resident for over 35 years, Gerri has put her spacious and gorgeous co-op apartment on the market, and is moving, lock, stock and barrel, to New York City, where she’s rented a one-bedroom apartment facing the city’s glorious Central Park. That would be a big move for a 35 year old, but it’s only natural for FOF Gerri, who calls New York her “spiritual home.”

I invited Gerri to dinner on her recent trip East, when she began to stock her new place with cleaning supplies and kitchen equipment.  We talked about where she’s lived since college, and why she’s making a big move at this stage of her life.

Geri Brin I’d love to hear a synopsis of where you’ve lived.

Gerri Shute I grew up in Lisbon, IL, a little rural town about an hour’s drive from Chicago, that had about 100 people at the time. I went to Northern Illinois University, a state school in DeKalb, where I majored in English and minored in library science and French. Eventually I got a masters degree in library science, which enabled  me to work in business, which I preferred.

After college, three friends and I moved to Anaheim, CA, where we all got jobs as teachers.  We paid about $56 a month for a big house with a party room.  We lived there for two years, partied all the time and travelled all over California, Hawaii, Mexico and throughout the West. I went to Washington, D.C. one summer, where I rented an attic and worked as a waitress in the DuPont Circle hotel. When I decided to stay there I sent my resumes to schools in the area and was offered a job as a librarian at the Patrick Henry Grammar School. I lived in Alexandria, VA, which allowed me to travel throughout the East Coast.

While I was in Washington, someone advised me to interview at The Pentagon for a job teaching at a military post somewhere in the world. I chose Germany and was stationed about 40 miles from Frankfurt. Given Second Lieutenant privileges, I was able to travel through Europe and the Middle East.  I stayed there a year and brought home a VW.

Returning home to Illinois, I got a job at an ad agency, where I was head of the research library for 11 years. After that, I worked at the Chicago Tribune, and then was recruited to work for Russell Reynolds Associates, a leading  international executive recruiting firm, where I was vice president of research.

When did you start coming to  New York City?

I started coming to New York when I was librarian for the grammar school outside of Washington, DC. When I was involved with a man for 13 years, we came to New York for the theatre, museums and dinners. Then I came with David, my husband. He was the general council for a Fortune 50 company, and also loved New York theater, museums and dining.

Russell Reynolds’ headquarters was in New York, and when I’d leave the office for the day, I’d find a good restaurant and have dinner. I just loved it. New York is my spiritual home.

When did the AHA moment strike you about moving?

When David took ill, I retired to take care of him. I used to do a lot of charity board work, made lots of friends, and had a lovely life with him. He was the smartest man I have ever met, the most interesting human being you could ever imagine. Nothing is as interesting since he died eight years ago. So many single men are doofuses. I don’t seem to meet men who are as interesting and active as he was.

My life is getting smaller, and these last eight years have become more and more boring.  Your life changes.  I travel less, and even if you’re married, you no longer do the big dinner parties. I’ve volunteered a bit at the VA hospital, which I loved, and I volunteered, part time, at an art gallery, but I started feeling as though I’m done here, living alone in a big, gorgeous apartment.

I sent an article I read about retiring to New York to my financial advisers, explaining how New York makes me feel. They asked me to write three essays about what I want to do with the last part of my life. They also asked me to outline what I was doing every hour, every week, every month.  My calendar was filled with many events that I planned to attend in New York.

When my adviser called me in, he said, ‘You have a vision of what you want to do and where you want to be.’

Years ago,  I went to Dr. Leon Diamond, a psychiatrist who is now 93 and still lives in Chicago. I recently found where he’s living and visited him.  We had the best talk. I told him that I’m lonely in Chicago by myself and happiest when I’m in New York. ‘Then that’s where you should be,’ he responded. He gave me permission to move.

What do you most love about New York?

No matter when you walk outdoors in NY,  there are people and action. I want and need that energy, to safely walk to the museums and the theatre, to hear jazz anywhere I want. 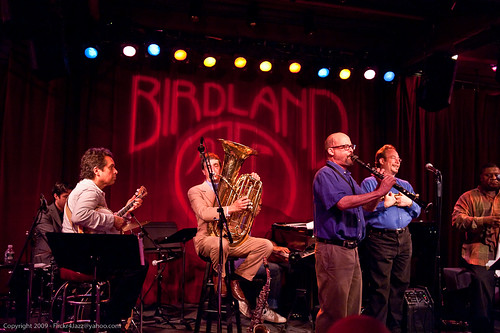 Where are you going to live in New York?

In a fifth floor rental apartment on Central Park South, overlooking Central Park. You can sit on the radiator and watch people getting in and out of the horse-drawn carriages. The apartment has a ditsy half bathroom and a larger bathroom with a shower.  The galley kitchen is 10-steps long. The bedroom is small.

How do you feel about downsizing from your 2,500-square-foot apartment in Chicago?

My sister helped me downsize.  I’ll take what I need and leave the rest, since no one in my family wants pieces like my two big sofas.  They have their own. I feel fine about downsizing.

How do your family and friends feel about your move?

Everyone is shocked.  My family is not amused. They don’t want me to leave.  They think I should be near them. My niece lives three blocks from me and we have dinner frequently.  I often go to my sister’s in the country for weekends. My family will come to visit me in New York and I will always come back to stay in touch with them.

But I can’t wait to move.  Now I’m sleeping on an inflatable bed in New York. It’s so comfortable.

3 Responses to “She Dares Go Where Others Fear To Tread”