“If any figure in the United States bears watching over the next couple of years as our political culture continues the radical transformation that led to the election of Donald Trump, it’s Oprah (Winfrey). I believe she’s uniquely positioned, should she wish to commit herself, to seek the Democratic nomination for president and challenge Trump in 2020,” recently wrote John Podhoretz, a New York newspaper columnist.

Oprah wouldn’t let Trump outshine or intimidate her. She’s a star, she’s rich, and she’s successful. She’s the embodiment of the American dream, he continues.

After reading Podhoretz’ column, we decided to see how the FabOverFifty community would feel if Oprah was a candidate for POTUS. Our Facebook post asking the question elicited almost 1,500 comments, a record number! And if this was a real election, Oprah would be slammed at the voting booth, with almost 97 percent of the “voters” rejecting her.

Here’s what some of you had to say.

“The problem with celebrities in politics is that they have no legal background and no idea how the whole process works, because it’s all governed by laws and due process. It sounds great to have a fresh perspective or to drain the political swamp, but all aspects of government are pretty much due process of law. Trying to undermine that process can be detrimental to the country and those in charge.”
Vicky Peters

“I think we have all learned what happens when you elect an unqualified person to the Presidency. I do however, think she would at least take the time to learn the duties of the office.”
Mary Tracy Hollifield

“No, and there are too many reasons why I could never vote for her.”
Debbie Tressler Lancaster

“Oprah deserves a lot of credit and respect for the childhood obstacles she overcame and the success she has achieved. Her particular talents and experience, however, do not make her good presidential material. So hell no, I would not vote for her.”
Faith Ledford Powell

“No way. Can’t stand this women. When I pass her house in Palm Beach, I give it the middle finger.”
Janice Lanza 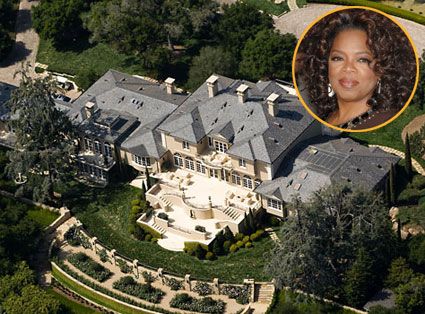 “Heck no. She is a favorite of mine but our politics are way far off.”
Candie Morehouse

“I wouldn’t vote for her for the same reason I didn’t vote for Trump. Actual political experience should be required, and I mean more than donating money to a campaign or endorsing a candidate.”
Holly Deavers Chance

“No, we need someone new to the Democratic Party.”
Terri Rodriguez-Poole

“I would not vote for her, because I don’t agree with her views.”
Cynthia Ann Charen Chrzanowski-Williams

“Dear God no, I cannot think of anything worse. Ugh.”
Valeria Fortin

“Nope. We all would be in the Book of the Month Club with her!”
Jodi Weidler

“I don’t like her. She would be a Democrat and I won’t vote for a Democrat platform.”
Terrie Pettis Dryer

“I used to love Oprah and still do as she is now! But because she introduced and endorsed Obama there is absolutely no way I could trust her intentions for our beautiful country as commander in chief!!!!! She does not have what it takes to fill those shoes.”
Patty Mp

“Because she’s a woman, I would not vote for her. Men make better leaders.”
Laura Catherine Cummings

“Only if Whoopi or Rosie ran as her VP.”
Maureen Corcoran Burns

Although most of the FOFs who commented wouldn’t vote for Oprah for POTUS, here are comments from some of those who would!